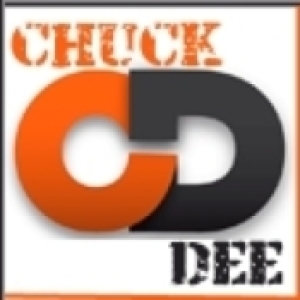 Borrowing from the idea of the Pluspora #CheckIn in order to get some tabletop conversation going. If you have any questions that you want to get on the list to be asked, let me know. Also, if you'd like to be added or taken off the list of participants, let me know.

Sorry for the long silence- I've been pretty much keeping up with my #RPGaDay2020 posts, but realized I'd not posted anything here recently!

I know that people are getting used to a new normal, and wondered what everyone's gaming life looked like these days?

For #RPGs, my gaming has picked up, with people becoming much more amenable to meeting digitally. For someon that doesn't really like to go out that much, pushing myself to find a group with strangers, and then go to it is asking a bit much. But virtual, there's more of an appeal, and I'm currently playing campaigns of Pathfinder, Exalted, Silent Legions, and Lords of Olympus. I'm also finishing up a Fate World that I was working on, and will be starting a playtest of that, and hopefully getting my Swords of the Serpentine group back together now that I have the final text.

#BoardGames, on the other hand, have fallen by the wayside. Those were, for the most part, just pickup games, with the family, or when friends came by. My daughter is more interested in making preparations to start her new life, and no one else is coming over, so there's not much in the way of boardgames going on.

Martijn Vos 1 year ago diaspora (via DFRN)
Our monthly in-person RPG session has been replaced with a weekly Roll20 session. Sessions got shorter but more frequent, so that's good. Boardgaming is down, though. Even with the family, it hasn't gotten easier to get everybody around the table, to my surprise.
Link to source

Stephen Gunnell 1 year ago diaspora (via DFRN)
My weekly RPG session has been replaced with two (different) weekly RPG sessions with the same people as before but on Roll20 however I'm not really enjoying them as much. My FTF board gaming is no longer happening and I have reduced my number of games on Yucata. A general malaise of satisfaction there.
Link to source

Joseph Teller 1 year ago diaspora
All I have done in regards to group play is some World of Warcraft computer gaming with some remote friends. All attempts to do remote play have failed to work out (schedules, technology, interest etc) and I basically have seen no one face to face since the second week of march except my wife and two 1 minute (masked) encounters with our neighbors in our condo building, and with another neighbor who lives on one of my exercise routes thru an open 2nd floor window talking loudly while I was a ground level, I have not been in contact with anyone except my wife who's working from home and will do so thru Jan at least.

Keeping ourselves as safe as we can means no FTF until after the pandemic has better safety measures all around since the transit system (MBTA) here is a death trap (103 staff currently out sick with the virus, another 100 on long term leave for slow recovery from post virus effects, several deaths, and cases on the rise as students come back into the Boston area). It's impossible to keep the oldest subway system in the country clean enough and socially distanced enough or even ventilated enough to reduce risk in a constant series of 90+ F Heat waves.

To do FTF I'd need 2 computers running side by side (one for communications if people insist on video; and one for my records and notes while GMing).

There was a potential for online play (if I gave in and bought D&D) but that fell apart on the FLGS that was running such as the cost to them to do so was prohibitive. They are just hanging on financially thru the help of a lot of folks buying store credit that they might never get to spend (we threw money at them for this). local city loan program for stores in the retail district, and having sold out stock with curbside pickup from the shelves that has now run out and they can't get restocked as the supply chains are all mucked up.

So between my previous mobility issues, surgery, and now the pandemic its been 3 years since I have GMed anything and 2 years since I did any board or card gaming.
Link to source

silverwizard 1 year ago friendica
I have a weekly game, and two biweekly games. I dropped a monthly game that I felt too stressed to run, and there's a whenever we can meet D&D game
Most of that moved online from offline, but the weekly game was already

I count myself lucky, but I also feel online gaming is harder to do well, so it sucks a little
Link to source
Patrick Marchiodi likes this.

Craig Maloney 1 year ago diaspora (via DFRN)
Not much gaming at all (same as before). Still writing.
This entry was edited (1 year ago)
Link to source

Eric Franklin 1 year ago diaspora (via DFRN)
I've been on BGA. Like, continuously. At any given time, I have roughly 30 games going.
This entry was edited (1 year ago)
Link to source

Hairy Larry 1 year ago friendica (via ActivityPub)
I am playing in two weekly campaigns right now. It has been years since I've been in a regular campaign playing mostly one offs. So my son is running a family game in 5e. Me and Viv and grandkids playing. I am also in a Chronicles Of Ember campaign/podcast. Chronicles Of Ember was written by the DM and it's cold, furry, and dangerous.
This entry was edited (1 year ago)
Link to source

Chuck Dee 1 year ago friendica
@Eric Franklin I need to get involved in BGA. I tried it out when you recommended it to me, but haven't been back.
@Eric Franklin
Link to source

Keith Davies 1 year ago diaspora (via DFRN)
Largely on hiatus, due to work demands. I needed a break.
This entry was edited (1 year ago)
Link to source

Eric Franklin 1 year ago diaspora (via DFRN)
@Chuck Dee - Challenge me. I'll play just about anything, as long as it's turn-based.
This entry was edited (1 year ago)
Link to source

Playing two-player board games with my wife about once a week.

Playing more than two-player games with my wife and kids less often.

Meeting up with my wife's Sister and Mother who are part of our 10 person bubble and playing games. Maybe once a month at best.

Attending more game conventions than I ever have before due to them all being online. I haven't been actually playing games at them though, mostly watching interviews and panels and the occasional non-interactive demo.

In all honestly, it's not so bad. I do really miss gaming in public, meeting up with friends, meeting new gamers and introducing games to new players.
@Eric Franklin
This entry was edited (1 year ago)
Link to source

Chuck Dee 1 year ago friendica
@Moe Tousignant - I hope that the cons remember this when/if things go back to normal- that there's a wide variety of untapped attendance that they usually miss because you have to be there in order to experience it. It wouldn't take away from the people that did attend if they streamed the sessions in addition to having them in person.
@Moe Tousignant
This entry was edited (1 year ago)
Link to source

Moe Tousignant 1 year ago diaspora (via DFRN)
I have a feeling most of the big cons will completely drop digital when the time comes when we can meet up again and that's a shame. The thing is that it's still work to run a digital con and I can see there being staffing issues. If you run a physical con and a virtual one at once you need two sets of staff.

What I expect will happen is we will see a mix in the future. There will still be Origins and GenCon and Pax, but then things like Camp Capstone and Renegade Con Virtual will happen year after year.

That's the one thing with Virtual, a single company can put on a really solid virtual con, not something most could do in meatspace.
Link to source

Chuck Dee 1 year ago friendica
@Moe Tousignant - not really two sets of staff, just additional support staff to man the streaming equipment and funnel questions. Which most of the digital events had in any case. They had the moderator, the panel, and someone managing the streaming, where in the normal, they have the moderator and panel. Actually, in some cases, it's no more- as some of the larger cons recorded their sessions for posterity.
@Moe Tousignant
This entry was edited (1 year ago)
Link to source

Moe Tousignant 1 year ago diaspora (via DFRN)
I'm going off what I heard from the con organizers. For Renegade Con Virtual they had more staff than they would normally use at a physical con. Multiple things were running concurrently.

Every stream needed a tech person and/or video producer, a chat moderator, the chat host(s). There was dedicated staff for the discord. 5 different demo rooms, each needed the person running the game and a moderator. There was 2 support staff just for handling media questions. There were 2 dedicated people that were just there for Q&A, support, and directing people around. They had one central table set up for all of the video demos where that person set up the games and moved all the pieces.

Running a virtual con well requires a lot more people than you would think.
This entry was edited (1 year ago)
Link to source

Moe Tousignant 1 year ago diaspora (via DFRN)
Now combine that with having a physical con at the same time. You still need people to do physical demos, you need someone to answer questions, you need someone to man the checkout, you have the upper staff there meeting with media and game designers, etc.
This entry was edited (1 year ago)
Link to source

Chuck Dee 1 year ago friendica
I was mostly just talking about for the panels. I wouldn't expect that they would have demos and such, though it would be cool and beneficial to increase reach.
This entry was edited (1 year ago)
Link to source

Chuck Dee 1 year ago friendica
It would be nice if they could do both, but you're right about the increase in headcount for things other than panels. I know that there are problems even now trying to find reliable people to work cons.
Link to source